Shakespeare On Tap is excited to work with artists from all works of life. The clowns named below are the folks we've worked with in the past, but we're always excited to make new friends! To ask about getting involved as a performer, venue, or funder, please visit our contact page. 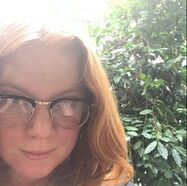 Co-Artistic Producer & Dramaturg
Haley Fluke (she/her) is a dramaturg from Oregon currently based in Philadelphia. She has previously worked at the Eugene O'Neill Theatre Center, the Seven Devils New Play Conferece, the Oregon Shakespeare Festival, Quintessence Theatre, New Georges, Company One Theatre, Washington Ensemble Theatre and the Gay City Arts Project, among others. Favorite dramaturgy projects include: BODY + BLOOD, ALLIGATOR GOSPELS, A LITTLE GHOST STORY, ¡O CASCADIA!, THE WAY NORTH, FLEE (Seven Devils New Play Conference_. Other favorite credits include: PEERLESS, THE T PARTY, AN OCTOROON (Company One); WE LIVE IN CAIRO (NMTF); AS YOU LIKE IT (Oregon Shakespeare Festival) and ED, DOWNLOADED (Washington Ensemble Theatre.) Haley served as an editor for the New England New Play Anthology and is a proud member of LMDA and alumna of the National Theatre Institute. 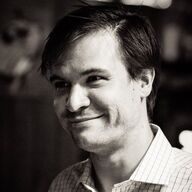 Co-Artistic Producer; R&J - Sampson; As You Like It - Jacques; Twelfth Night - Antonio
Jonathan Harper Schlieman (he/him) is a theatre maker interested in making art that feels like a party (but like one you’d actually want to go to). His work examines the creation of community, the transformation of passive audience members into active participants, and how technology changes the ways we make art. After a decade plus as a director and producer of new play development, Jonathan decided to pursue the less lucrative and more inaccessible field of devised physical theatre and enrolled in clown school, receiving his MFA from UArts/Pig Iron. His work has been seen at the New York Fringe, The PIT, The Mint, La Mama, The O’Neill Theater Center, Actors Theater of Louisville, and other places. With his company The Factory, he has produced or directed over 60 short original works, and directed several full-lengths. 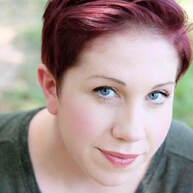 R&J - Nurse; As You Like It - Rosalind; Twelfth Night - Malvolio
Katie Butler (she/her) is thrilled to be part of her second Shakespeare on Tap production! She was previously seen as Malvolio in Twelfth Night with Shakespeare on Tap. Katie is a performer and theatre maker based in Philadelphia and when she’s not performing, she is a freelance director and teaching artist working with organizations all throughout the city. 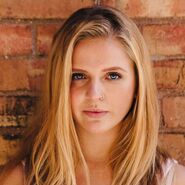 R&J - Capulet; As You Like It - Charles/Corin/Audrey
Valleri Bowman (she/her) is a Philadelphia-based actor and co-artistic director of Covid-created Shakespeare company Braving the Bard. She also works as a server at local brewery Yards, so you could say that Shakespeare on Tap perfectly encapsulates her two loves: beer and the Bard. Graduated from Purdue University Fort Wayne in 2020 with emphases in Acting and Directing, some notable roles include: Once Upon A Mattress (Bird), Antigone (Bird-Man), A Year With Frog and Toad (Bird #1), and The Little Mermaid (tap-dancing Bird). ​ 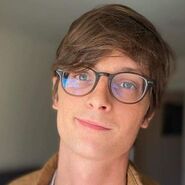 R&J - Benvolio; As You Like It - Oliver/Amiens
John Miller Giltner (they/them) is a devising clown comedian who knows the exact amount of unprofessionalism the professional world needs. Performing comedy all across the United States, their work seeks to create positive chaos, inviting audiences into a discombobulated world where they can better understand themselves. A recent graduate of the Pig Iron School for Advanced Performance Training, John Miller has run comedy shows out of a teapot shaped building Keanue Reeves tried to buy (before he blew up), performed sketch shows for packed houses AND sometimes two people in the back of a bar, and physical theater plays that the audience kind of gets half way through the show. Their work has inspired laughter, joy, and in one case genuine rage. R&J - Romeo
Sohrab Haghverdi (he/him) is an Iranian ensemble and devised theater artist, community practitioner, actor, and an instructor of Devised Theatre at University of The Arts, and a graduate of the MFA program in Devised Performance at Pig Iron Theatre Company/University of the Arts in Philadelphia. Their creative research is made manifest with Mispronounced Performance Exchange, the devising company they co-founded in 2019, now developing and producing work in Philadelphia. 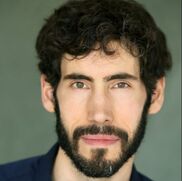 R&J - Friar Lawrence; As You Like It - Adam/Silvius
Curt Himmelberger (he/him) is is the artistic director of Beacon Theatre Productions.  He has his MFA in Physical Devising from The University of the Arts and Pig Iron Theatre, and has studied at The Second City, Upright Citizens Brigade, and Freestyle Love Supreme Academy.  When not on stage, Curt enjoys playwriting and directing. He wrote and directed Blindfolded Improv: The Larval Mask Play, which toured for free to provide access to the arts in low-income communities, and Tartuffe in Quarantine, which premiered at Eastern University and is studied in the curriculum at William & Mary University and the New York Film Academy. 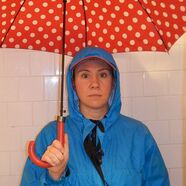 As You Like it - Touchstone
Sasha Kostyrko (she/they) is a graduate of The Pig Iron School for Theatre Magic. Before moving to Philly she lived in Chicago and toured to nearly every corner of "the last best state" performing with Montana Shakespeare in the Parks and Schools. They are happy to finally share time and space with all of you. www.Sashakostyrko.com 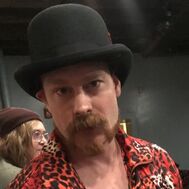 R&J - Tybalt; As You Like It - The Dukes; Twelfth Night - Orsino
Devin Preston (he/him) is a performer, gamemaker, and creative coach based in Philadelphia.  He is returning to Shakespeare on Tap after playing three Dukes in two shows. Devin teaches Neutral Mask at University of the Arts, and along with his partner Iris Seaman, he offers workshops in devised theater around the country. Devin’s favorite creative work has been developing interactive game performances for organizations such as the Franklin Institute, and making silly little chase videos. He has an MFA in Devised Performance from the University of the Arts / Pig Iron School and a BA/BS in Film, Television, and Theater and in Physics from the University of Notre Dame. 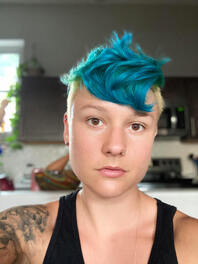 As You Like It - Orlando
Nina Sharp (they/them) is a graduate of the the Pig Iron School, where she has devised original works with her cohort since Fall 2019. Before that she spent her days and nights at Chesapeake Shakespeare Company in Baltimore, MD, and before that at Church Hill Theatre in Church Hill, MD. She is interested in music and any activity that allows her to climb on/hang from things, and uses her artistic practice as a means of connecting with/lifting up unheard and unseen members of society. @sharpnina37 ​ 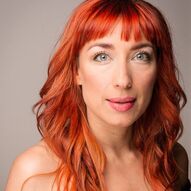 R&J - Mercutio; As You Like It - Phebe/William
Iris Athena Seaman ​(she/her) is a theater maker and teaching artist based in Philadelphia. She has an MFA in Devised Performance from the University of the Arts / Pig Iron School and a BA in Theater from Drake University. She was overjoyed to be a company member of Completely Ridiculous Summer 2021 Conservatory Program. She has been a guest faculty member of the Circadium School of Contemporary Circus, where she led her students in crafting original circus theater. This winter she also worked with Christopher Bayes (The Pandemonium Studio) through his Clown Teacher Training program to deepen her love and understanding of the form. Through Spark Theatrics, Iris and her partner Devin Preston tour their original physical theater workshops and intensives to students and schools across the United States. 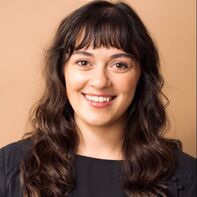 R&J - Paris
Angela Trovato (she/her) is a theatre artist and educator based in the Philadelphia area. She graduated with her MFA in devised ensemble performance from the Pig Iron School/UArts in 2020. Recently she was seen on stage in Philly Theatre Weeks' Miniball Festival in the original devised musical, Atlantic City the Musical. She was also recently in the workshop performance of Mortal Meal Services in the Woodlands Cemetery. Angela has performed and directed in a variety of devised and traditional plays over the past decade in Philadelphia and her hometown of Pittsburgh. Angela is a current adjunct faculty member at Dickinson College where she teaches acting. She can also be found teaching with Theatre Horizon in Norristown. 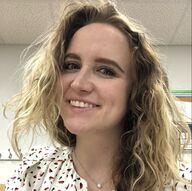 R&J - Juliet; As You Like It - Celia
Gabey Walburn (she/her) grew up on a small farm in a small town in Indiana where she earned her Bachelor's in Theatre with a minor in Anthropology. She then immediately picked up and moved to Philadelphia where she earned her Master's degree from Pig Iron's School for Devised Theatrical Performance. She has been described as a firecracker of energy, precision, and emotion onstage as well as offstage. Gabey embraces the fast pace, the messy, the humiliating, the daring, the taboo, and the vast sea of unknown in the rehearsal room. Her favorite roles have included Mel from God's Ear, Hermia from A Midsummer Night's Dream, and any role where she gets to be ugly. 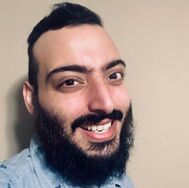 R&J - Prince
Rohaan Unvala (he/him) is a performer, visual artist, director, and teacher born and raised in Mumbai, India. His performances and visual artwork stem from an interest in impulse and improvisation. His aim as an artist is to embrace uncertainty to mine all the riches it has to offer. His work tends towards the bizarre, absurd, grotesque, and joyful. Rohaan holds an MFA in Devised Performance from the Lecoq-technique inspired Pig Iron Theatre Company in Philadelphia, PA, USA.